Chris, as always was up super early on this the morning that we were oh so quietly sailing into Ketchikan; a quirky, colorful, little town that holds many sweet memories for me. Here is a video that Chris caught right before sunrise:

I was still snoozing away as Chris was walking around the ship taking pictures and gathering up his first cup of coffee from the International Cafe. 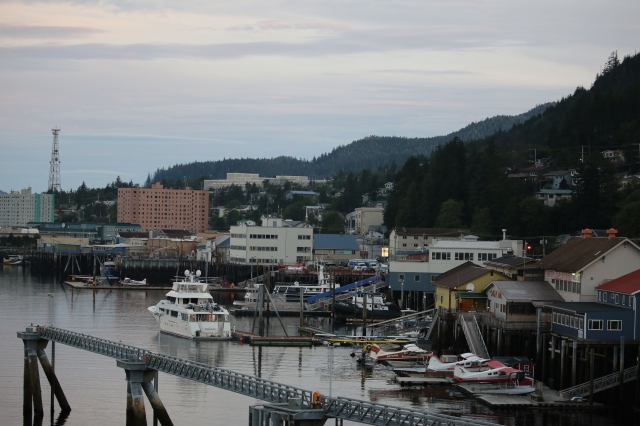 My gracious it looked like it was going to be a gorgeous day in Ketchikan! We were surprised and felt extremely lucky that this was the case as it is usually raining and cloudy in Ketchikan. I was actually able to take a bit of a live video for the Facebook “Alaska Cruises on Princess” Group (I’m one of the Admins in that group)—Feel free to go to that link and join if you’d like to do so). 🙂  Here is a portion of that live video:

And then as promised in that video, I come back for a 2nd Facebook live video…In this one I start in our Stateroom D407 and give a very quick room tour:

ANYway, I finally pulled myself away from talking to the folks (who I adore) in that Group and I got myself showered and dressed for the day.  Here is the outfit that I chose:

Here is the Princess Patter for the day:

Okie dokie, it was now time for us to head on out and walk over to the Aleutian Ballad for our day’s excursion.  As you heard me mention in the video, we would not be in Ketchikan for all that long on this day, so when making arrangements for an excursion, it was an easy choice.  We love this “The Bering Sea Crab Fishermen’s Tour”.  The crew never ceases to entertain us with their harrowing stories of their time on the Bering Sea when they were Crab Fishing–not to mention the fact that I’m a huge fan of The Deadliest Catch tv show, so I’m a bit star-struck every time we take this tour. 🙂

I took a little video while we were walking over to the Aleutian Ballad:

And here are some pictures that we clicked off while on our way: 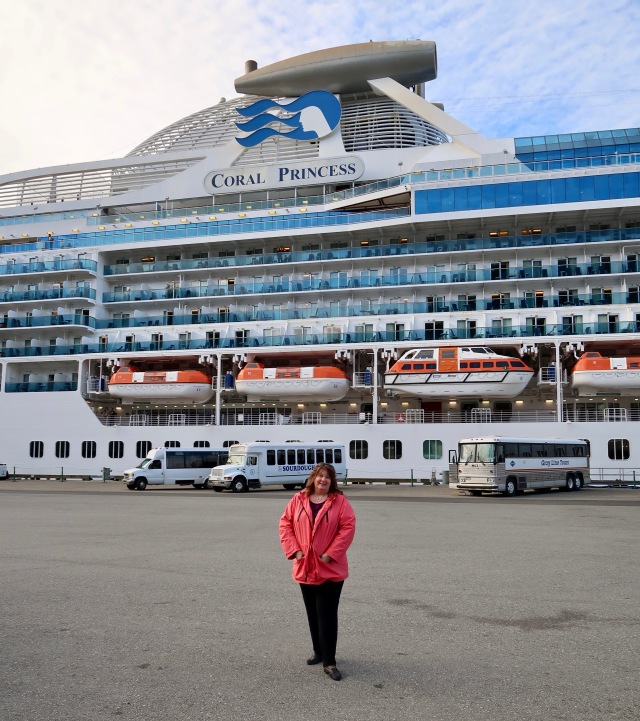 When we climbed aboard the Aleutian Ballad, it was like I was home again..haha…We decided to climb on up to the upper deck and enjoy the views from a different vantage point than we ever had done in the past.  And to my surprise, I was actually able to take a bit of live video as we were sailing away out of the harbor.  Here is a snippet of that video:

And here are some pictures of our time on this wonderful excursion. 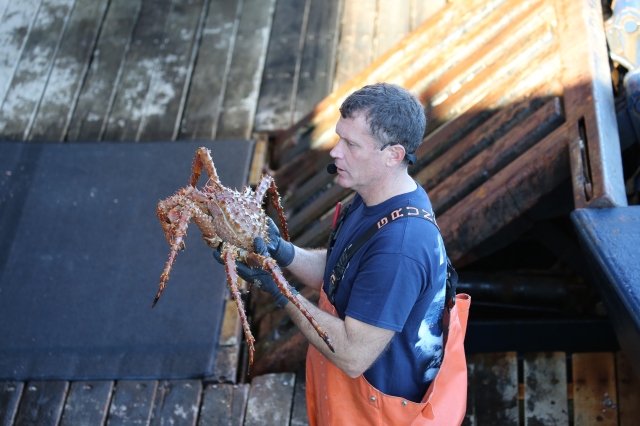 The Captain slowed the boat down as we passed “Annette Island” an island that is home to the only remaining Indian Reservation in Alaska.  Bald Eagles also nest right there on that Island and the indigenous folks encourage and appreciate the Ballad coming by and providing a snack to the Eagles…Now, on this day, we only saw a couple of Eagles because one of the crew told me that they consider the “snacks” that they provide as pretty insignificant.  Most of the Eagles had traveled to where the bounty of food was located…there was a Salmon run happening when we were there and trust me, the little snacks that the crew threw out did not in any way deter the Eagles from heading over for a more tasty and much larger meal in the Salmon. 🙂 Chris did manage to get a few amazing pictures of those couple of Eagles, here they are: 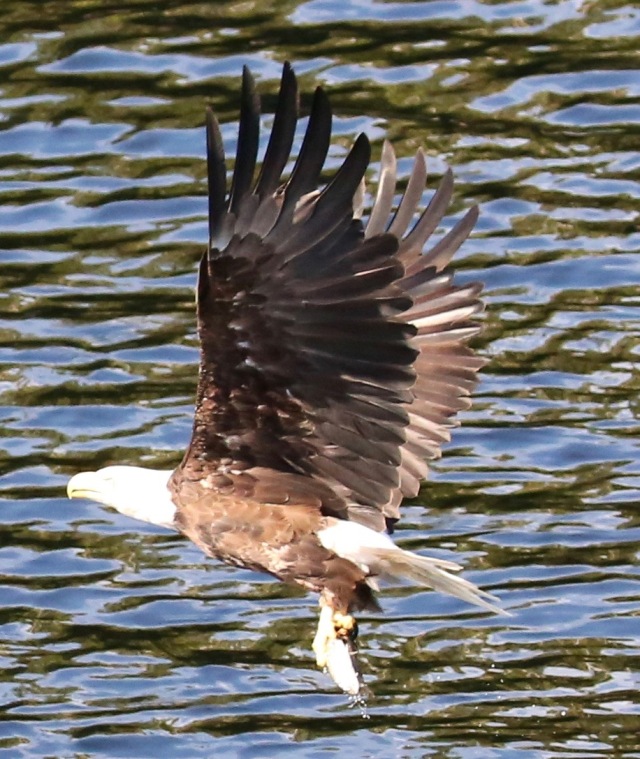 And here is one of their massive nests!!  Did you know that Eagles take a mate and remain with that mate for their entire life? Yes, indeed they do. Also, did you know that the Bald Eagle doesn’t get that beautiful white head until they are 5 years old? Yes, indeed that is true…I’m just full of fun facts huh? 😉 ANYway, here is that nest.

As we cruised through these beautiful calm waters of the Inside Passage, I had to stop and just take it all in.  I again found myself tearing up at the beauty and grandeur that *is* Alaska.  I again pinched myself to make sure that I wasn’t well ensconced in a very sweet dream. And I once again drank in every sight and sound and said a very sincere and heartfelt thank you to the Lord for allowing us to be right there in that place once again.  Chris happened to catch a picture of me was I was lamenting upon our blessings…here is that shot:

Our time on the Aleutian Ballad was coming to an end and I was quite humbled once again after I heard the crew’s amazing stories of their time doing the deadliest job on the planet…crab fishing.  Here is our picture with 2 of the crew on the Aleutian Ballad and some more pictures of the sights we saw as we were cruising back into Ketchikan. 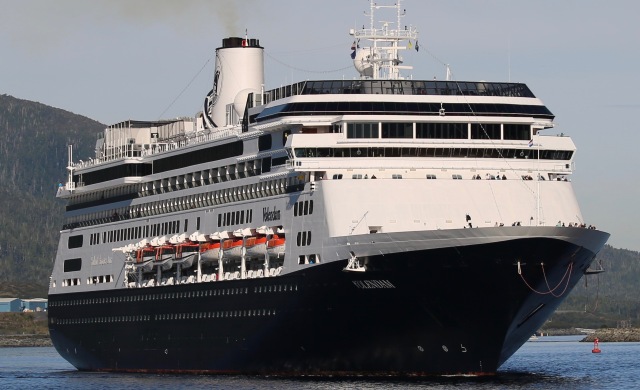 We did do a little bit of shopping on our way back to the Coral Princess, but, we were moving so fast that I didn’t take one picture.  I did get a jacket though…it has “Alaska” embroidered on it, it is purple and reverses to navy blue; here I am wearing it in the navy blue.

We climbed back on board our big, beautiful cruise ship and headed out onto our balcony and watched as the crew prepared for our sail away…I was a bit sad to be leaving, but, this time, that sadness was quelled by the thought that we’d be right back here in a week on the Southbound cruise.   And then this little bit of excitement interrupted my thoughts…As y’all know, if you are not on board at the time of sail away the ship ***will*** leave you behind…so everyone is always super careful and makes arrangements with that “All-Aboard” time well plastered in their minds.  It is obvious that these 2 people thought that doing a bit of shopping *almost* caused them to be left behind. Yikes!! 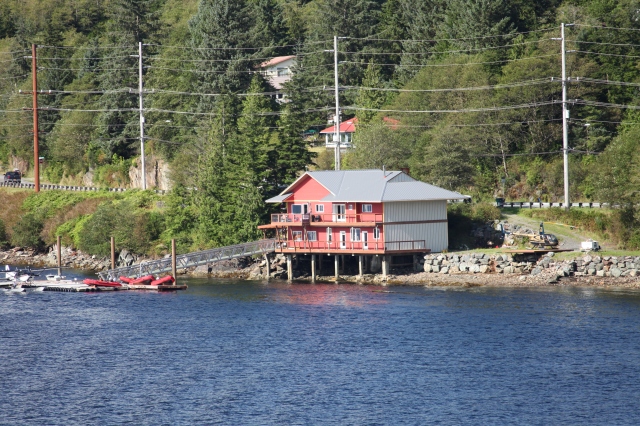 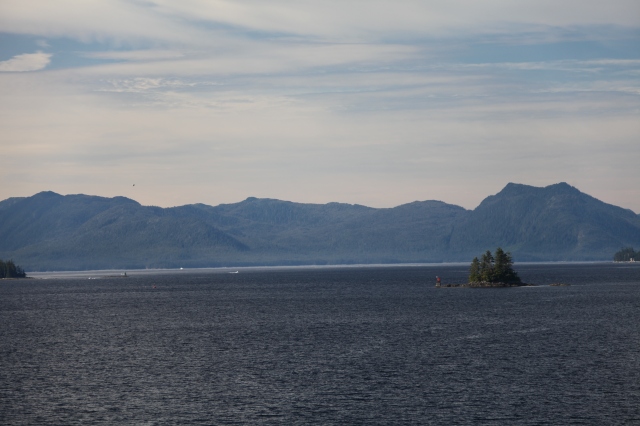 Later that day, we were heading through a place called Snow Passage.  We’d seen on our Princess Patter that our Naturalist would be doing some commentary from the Bridge. (Btw…all Princess ships have a Naturalist that is on board for their Alaska cruises…we had one on our Hawaii cruise as well):

So we had eaten at the Buffet when we got back on board from our excursion and had gathered a cup of hot chocolate for me and a cup of coffee for Chris and we were out on our balcony with cameras at the ready so that we’d be well prepared to catch any marine life that might want to show themselves to us and we cruised through Snow Passage…AND boy oh boy did we ever get a treat!!! Here are some of the pictures that we captured of the majestic Humpback whale…and yes, these were taken from our balcony on the Coral–that said, I did crop them down quite a bit (Chris has an amazing zoom lens). 🙂

This is a special whale tail to me…I’m going to jump ahead in my time line for just a second here.  The day after we caught these pictures, we went on a whale watching excursion out of Juneau and I had a chat with the Naturalist on board our whale watching boat and he showed me this book which contains all of the whale tails that they regularly see in Alaska and have categorized. I came back and compared a picture that I captured out of that book and low and behold this is one of the whales that they have pictured and categorized…Check out number #1758 in that Naturalist’s book of whale tails that are Seasonally seen in Alaska!!  I was blown away that I had actually SEEN one and was able to tell him where so that he could add it to that whale’s information!

All righty, we’d had a very full, very special day in Alaska…My head did not hit the pillow before I was asleep and dreaming of what our next adventure might entail. This lady was again in awe of the magnificent place in which we were traveling. Life was good!

Next time, I’ll share with you our day in Juneau and our adventure on that whale watching boat in Auk Bay. 🙂 Here is a sneak peek at some of the sights we were able to put our eyes on that day:

11 thoughts on “Alaska: Back to Back Voyage of the Glaciers Cruises – Episode #5, Ketchikan & The Bering Sea Crab Fishermen’s Tour”